A Pkg with Patch Antenna for Single-chip 60-Ghz Radios

Before reading the paper, let's enjoy a piece of HiTech from Google！

In this paper, we present the development of a standard surface mountable CBGA package with an integrated microstrip patch antenna in LTCC technology for emerging single-chip 60-GHz radios. The design considerations and fabrication details are described in Section 2. Simulated and measured results are discussed in Section 3. Finally, we conclude the paper in Section 4 with an outline of future developments.

The integration of an antenna (or antennas) in a chip package relaxes the next-level subsystem interconnects as only low frequency base band or intermediate frequencies are conducted through the package pins while the high frequency carrier signal is radiated from inside. It was originally proposed and demonstrated at frequencies below 6 GHz and has been recently recognized as the most promising packaging solution to single chip 60 GHz radios for low power high  speed wireless communications.

The design of a package needs to consider not only electrical, mechanical, and thermal issues but also manufacturable, testable, and assembly concerns. Figure 1 shows the top and bottom partially-transparent views of the package. As shown, the package features standard wire bonding. A three-tier cavity facilitates die mounting and efcient utilization of available space for signal routing and also to enable reduced parasitic from wire bonding. The radio die is adhered to the cavity base of the package ground plane. This configuration will contribute to the shielding of the radio die from the antenna. The signals from the radio die are connected to the antenna through bond wires in a GSG configuration. The other signals from the radio die are connected to the outside system PCB by the bond wires, signal traces, vias, and solder balls. The ground planes in four layers are all connected by vias, and they are also connected to the outside system PCB by solder balls. The package has multiple I/O with a JEDEC standard solder ball pitch. Two dummy solder balls are attached to the two corners of the package, respectively for enhanced attachment on the system PCB as shown in Figure 2.

Figure 1. The package: (a) Top and (b) bottom partially-transparent views.

Figure 2. The package on the system PCB.

The antenna consists of a patch radiator, a guard-ring director, and a ground-plane reflector. There is a slot cut on the patch radiator to have broader impedance bandwidth. The ground-plane reflector is introduced to make the radiator performance less sensitive to the system PCB-level dielectric and metal layers. The depth of the reflector is chosen to be lamda/4 so that the radiation of the patch in free space can be enhanced by the reflector, where lamda is the guided wavelength at 60 GHz. The guard-ring director plays an important role in this design and serves two purposes: first it helps to suppress the surface wave because lamda/2 opened guard ring functions as an open circuit to the surface wave, and second it helps to focus the radiation as a director. The CPW feed line is designed to be 50Ohm.

Bond wires are used in this package for interconnection. Bond wires between the radio die and the antenna is the most critical because the discontinuity introduced by bond wires can significantly affect the performance of the entire 60-GHz radio. Nonetheless, the wire-bonding technique, well established in consumer electronics, remains a very attractive solution since it is robust and inexpensive. In addition, it has the advantage of being tolerant on die and package thermal expansion, an important requirement for many applications. There are methods to compensate the discontinuity on either or both sides of the die and package for millimetre-wave applications.

The package was fabricated in FERRO A6 LTCC (Dk = 5.9 and Df = 0.002) with a panel size of 100x100mm2 by LTCC Boutique Foundry in Singapore Institute of Manufacturing Technology.

Figure 3. (a) Explored view and (b) geometries and dimensions of the package.

Figure 3(a) shows the explored view of the package. Nine green (or un-fired) types were used to realize four cofired laminated ceramic layers for the package. The 1st ceramic layer is 0.385mm thick; the 2nd ceramic layer is 0.285mm thick with an opening 3.8x2mm2; the 3rd layer is 0.21mm thick with an opening 5x3.2mm2; and the 4th layer is 0.385mm thick with an opening 5x3.8mm2. These openings form the three-tier cavity that can house the 60-GHz radio die of current size. There are also four metallic (gold) layers for the package. The top buried layer provides the metallization for the package ground plane and antenna guard ring, the 2nd buried layer the metallization for the patch radiator and signal traces, the 3rd buried layer the metallization for the signal traces, and the bottom exposed layer the metallization for the antenna ground plane and solder ball pads. The solder balls follow the JEDEC standard ball pitch of 0.65 mm. The antenna ground plane makes the antenna performance less sensitive to the system PCB-level dielectric and metal layers. The depth d of the antenna ground plane is chosen to be d = d1 + d2 = 0:595mm about lamd/4 so that the radiation of the antenna in free space can be enhanced by the ground plane. Figure 3(b) also shows the detailed dimensions of the package. The size of the whole package is 12.5x8x1.265mm3. The dimensions of the patch antenna w0 = 0.18 mm, s0 = 0.09 mm, g1 = 0.99 mm, g2 = 0.48 mm, w1 = 0.12 mm, s1 = 0.21 mm, l1 = 0.36 mm, l2 = 0.33 mm, l3 = 0.66 mm, x0 = 2.58 mm, y0 = 2.16 mm, x1 = 2.01 mm. These values were obtained from the HFSS simulations and proved to be manufacturable by standard high-volume LTCC process. Table 1 lists the wire bonding parameters. The wire profile or shape was designed based on the JEDEC standard. Note that the shortest bond wires are 300 um long, which are for interconnection between the radio die and the antenna. The length of 300 um is almost a doubled length of the shortest bond wire supported by the current technology and would thus greatly improve the yield of assembly of the chip with the package. Figure 4 shows the photo of the fabricated package.

Figure 4. Photo of the package.

The fine features of the package require considerable computational power to simulate. Our available computer resource is insufficient, which forces us to simulate the package and antenna parts separately. 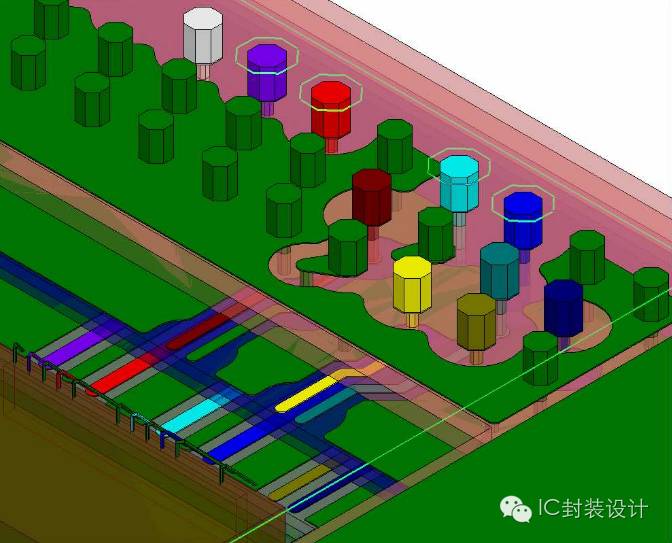 Figure 5. HFSS model of the signal traces that require 50- controlled impedance of the package.

As most of the traces were buried in the 1st and 2nd tier cavity, embedded coplanar strips with ground plane topology was applied to the signal traces that require 50 ohm controlled impedance. Figure 5 shows the HFSS model in the design of the signal traces. It is evident that these signal traces involve bond wires, CPW lines, vias, and solder balls. The signal traces in purple, red, aqua, and blue are denoted as signal traces 1, 2, 3, and 4, respectively. Scattering parameter simulations were performed for a frequency range from 100MHz to 5 GHz. Each signal trace end was connected to a 50 ohm port whilst ground traces were short-circuited to the ground plane, and each scattering parameter was obtained by exciting a single port whilst other ports were tied to 50 ohm match loads. 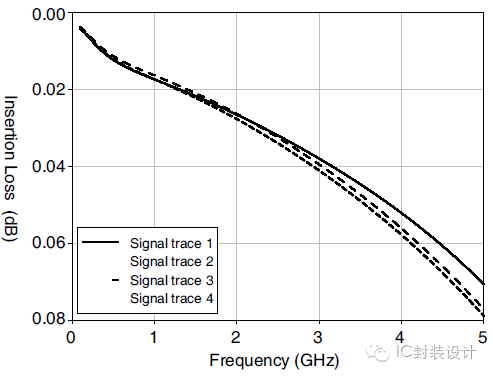 Figure 6. Insertion loss as a function of frequency.

Figure 6 shows the simulated insertion loss characteristics from 100MHz to 5 GHz for 50ohm controlled impedance signal lines. It can be observed that the signal loss is very low up to 5 GHz, and the 3dB insertion loss bandwidth is found to be much greater than 5 GHz, satisfying the 2 GHz bandwidth requirement easily. 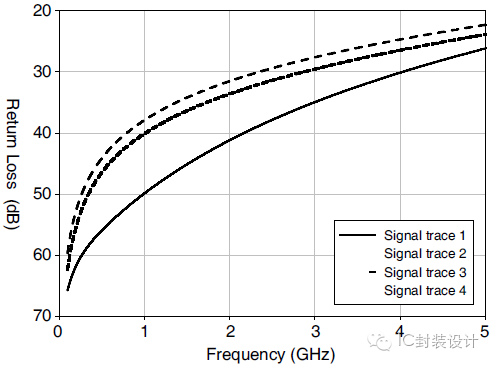 Figure 7. Return loss as a function of frequency.

Figure 7 shows the simulated return loss characteristics from 100MHz to 5 GHz for 50 ohm controlled impedance signal lines. It is evident that a return loss of better than 22 dB is achieved over the 5 GHz bandwidth, indicating excellent wideband impedance matching to 50 ohm sources. 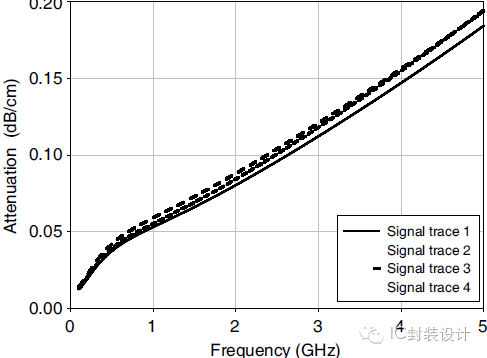 Figure 8. Attenuation as a function of frequency.

Figure 9. HFSS model of the antenna part of the package

Figure 9 shows the HFSS model of the antenna part with the wave-port excitation. The antenna function of the package was tested with a probe-based measurement setup at IBM Thomas J. Watson Research Center, USA. Due to equipment used, the measurement frequency is limited from 50 to 65 GHz, and only radiation patterns with 180 degree angular range can be obtained without setup change.

Figure 11. Simulated and measured complex input impedances of the antenna: (a) Real part and (b) imaginary part.

Figure 11 shows the complex input impedance of the antenna. It is interesting to note from the measured impedance that the antenna exhibits capacitive reactance, which is actually quite desirable because it makes easier to compensate the inductive reactance of the bond wires on the radio die side.

It should be noted that acceptable agreement has been achieved between the simulated and measured S11 and impedance profiles. For example, there are three nulls at 55, 59, and 61.3 GHz in the simulated S11 profile and at 54, 57.2, and 58.75 GHz in the measured S11 profile, respectively. There are differences at the null locations and magnitudes, which are caused by the simplified HFSS model and the misalignment of the wave-port excitation in simulations and the probe excitation in measurements. 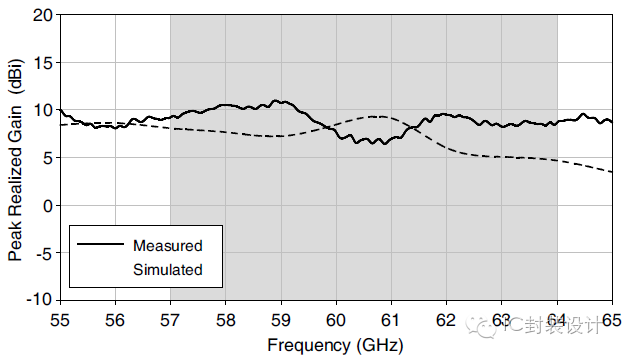 Figure 12. Simulated and measured gain of the antenna.

Figure 13. Simulated (dash line) and measured (solid line) radiation patterns of the AiP: (a) Patterns in the xz plane and (b) patterns in the yz plane.

As the current package integrated only one antenna element, the gain was not enough. It is therefore necessary to extend it to an array antenna to achieve higher gain. We are currently working on the design and realization of a package with an integrated array antenna in LTCC for 60-GHz applications. We believe that the antenna-in-package solution can be realized in other technologies such as liquid crystal polymer or at even higher frequency, say, 100 GHz. It is therefore anticipated that the works presented in this paper are useful and inspiring for those interested in the development of highly-integrated mm-wave radios.